>I think it takes a particular mindset to respond to opportunities of the new media. I was pleased to read that Liverpool Diocese is “working to engage with the online community” and has a twitter account to prove it. My own mindset seems to make me hang back awhile till the case is proved.

I delayed getting my first PC – I couldn’t see the point until friend Richard Todd persuaded me and guided me so that ministry in Tarvin became revolutionised through the new media we could use. I too have now been dragged into Facebook and Twitter. I don’t know how it’s going to work, but I am getting a kick out of getting messages from John Sentamu and Ed Milliband! 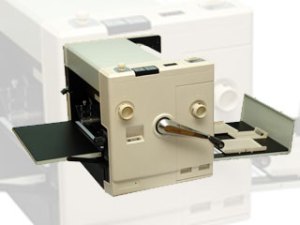 I used to search for images for hours when I was a young curate in Sheffield Manor. I wanted to make things presentable to youngsters who were preparing for Confirmation. There were no images in books. Books were text-books. All that was possible was using a stylus pen to create line drawings on a stencil for the old Roneo copier. The drawings had to be so simple because otherwise you ripped the skin of the stencil and it was back to square 1. (I spent many a Saturday night with duplicator ink up to my elbows!) It was a major technological breakthrough when electric duplicators were introduced – a lot easier on the arm, though jamming became the new issue.

Now we are image rich – particularly with digital cameras. We no longer count the cost of taking photos. The challenge now is how to manage them all. One person using images to amazing effect is Dave Perry through his Visual Theology blog. He is creating some stunning images to go with the lectionary. This is a real gift for preachers – and a wonderful new way for people to “read” and “hear” the sermon.