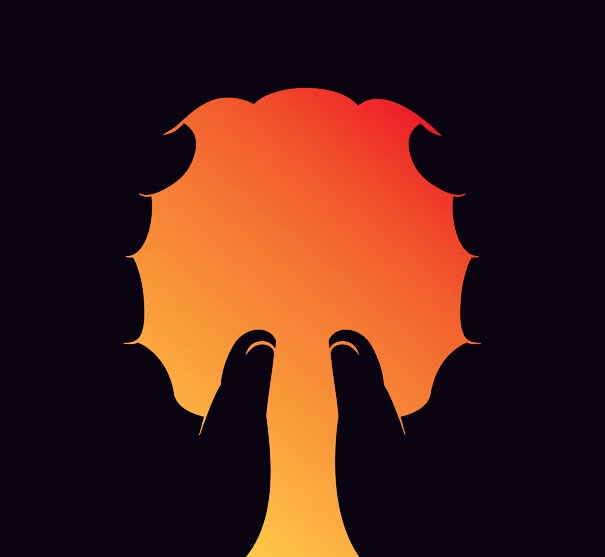 We highlight what we do. In conversations we talk about what we do, showing some things, hiding others. In our work meetings we report on what we are doing. But what is going on in the negative spaces? Do we get asked to share what we are conscious of not doing? What are the things that lie in the shadow of those things we highlight? What about those things we don’t have time for, or can’t find time for? What happens when we scrutinise the composition of our negative space?

When I think of my own negative space I am conscious of the thinking, the theology, the sharing I could be doing but can’t because of a mixture of my laziness and my preoccupation with other things. I also become conscious of the people I have forgotten and who have receded into the shadows, the neighbours I should know, the circumstances I should understand and empathise with.

It is not a pretty picture. Like many in pastoral ministry I am sure that I failed to take account of negative space. It was the people in front of me who got my attention – those who could talk, those who could demand a hearing. It was the people who were privileged enough, well enough to walk the same streets as me. The assumption was made that if you didn’t see someone they were OK. So we judged how well bereaved were coping from what we saw – the evidence before our eyes, sometimes forgetting that the very reason we don’t see some people is because they are hiding (or being hidden), because they are not well enough to be “out”, because they don’t want to be a burden or because they are shamed by a society that only seems to know positive space.

We forget that positive space is a privileged space, a space for those who are able to stand proud. Negative space, on the other hand, is a much larger space – a pit of not knowing, ignored and forgotten by those who don’t occupy such space. In the dazzle of positive space it is easy to forget God’s light shines in darkness. It is easy to forget that there is much love in that negative space.

The image of The Bomb, is by Israeli artist Noma Bar