A moving post from Gerry re-membering the bombing of Dresden and other bombings.

That's How The Light Gets In 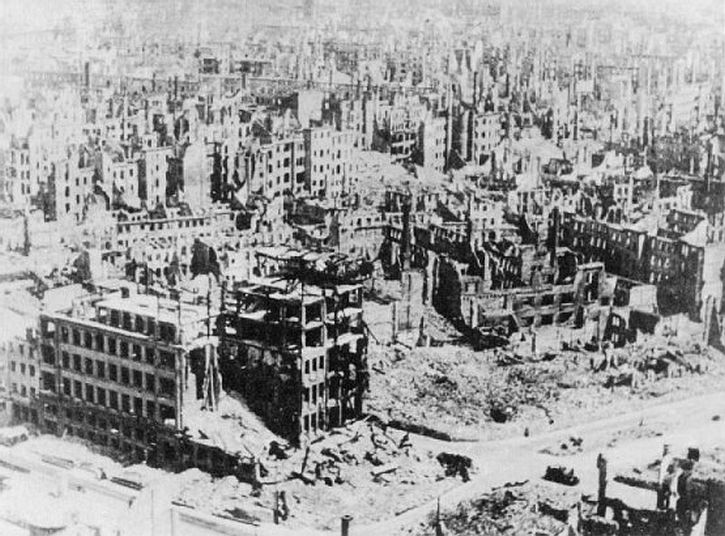 Dresden after the firestorm

All moments, past, present and future, always have existed, always will exist… It is just an illusion we have here on Earth that one moment follows another one, like beads on a string, and that once a moment is gone it is gone forever.
– Kurt Vonnegut, Slaughterhouse 5

In Dresden on 13 February, they commemorated the 70th anniversary of the RAF air raid that reduced the city to rubble.  The RAF attack – carried out by 800 bombers on a cloudless night – was  the most destructive raid of the second world war. In the firestorm  that was unleashed around 25,000 people, mainly civilians, were killed in a few hours. It remains by far the most controversial British wartime act.

The horror of that night is almost over now. The ruined buildings and the mounds of roasted bodies and  blackened skeletons exist in the memories of those who survived, but they…