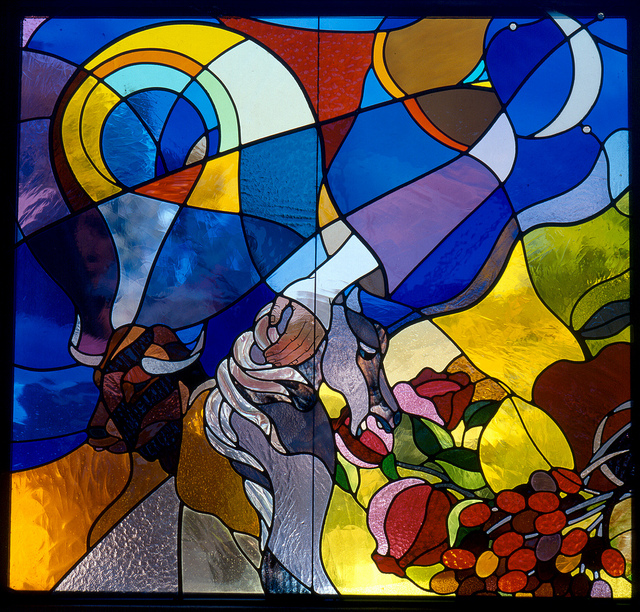 It is a privilege to be supporting newly ordained ministers: a group of people in short-term posts on their way to taking on posts of greater responsibility. They are a people in transition who manage remarkably well to avoid being anxious about what might or might not happen to them. They are going through the appointment process, which is also, of course, often a disappointment process. The process of appointment and disappointment is a confusing one. There is not always an apparent justice.

Ordinarily, there should be justice in appointments, and succession planning should follow well understood procedures. But there needs to be processes of disruption. I have been reading the story of Jacob’s blessing of Joseph’s two sons Manasseh and Ephraim (Genesis 48). They were born in that order and should, by rights, have been blessed in that order. Jacob himself “stole” his father’s blessing from his older twin Esau. Of Jacob’s twelve sons, Joseph was the last in line, inspiring murderous resentment amongst his brothers. (The stained glass pictured above shows Joseph’s blessing). Disappointments abound in the Bible. The choice of David by the prophet Samuel was a surprise to David’s father. David was not the first-born, but the last-born – and still so young. Each of his older brothers was presented to Samuel. Each was dis-appointed as Samuel turned the line of succession on its head (1 Samuel 16:1-13).

The New Testament takes up the theme. Everything is in the wrong order. Even the birth of Jesus is in the wrong place. The wise ones went for Jerusalem and finished up nine miles wide of the mark. (Matthew 2). Jesus, himself set the cat among the pigeons by describing the disappointment process. He said “The last will be first, and the first will be last” (Matthew 20:16) before being challenged by the Mum who claimed her two sons had the right to the best seats in the house (Matthew 20:20-24).

All these stories are a reminder that there has to be room for manoeuvre and that there have to be processes of disruption. Prayer before appointments is an invitation for the Holy Spirit to confirm or disrupt the natural order of things. Sometimes the order of things has to change if things are going to change. The story of Manasseh and Ephraim, (or is it Ephraim and Manasseh?) is a reminder of that. It represents the hope of a new order, in which those whose appointment comes as a surprise live for the sake of others and not for themselves. That is why the order is changed.

A new order is one in which all those who come last in things come first – a great disappointing for some.

The stained glass is by Maria Stolz of Renaissance Glassworks Howard Lake, MN 55349

Here is another post on the theme of disappointment and leadership.