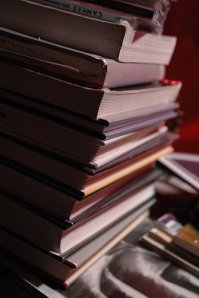 Doing a bit reflecting in the shower I concluded that books no longer are my main source of learning. It’s probably debatable whether they ever were but the assumption was that a student needs books if s/he is going to learn. I would have to say that significant turning points – things that have set me thinking have been articles I have stumbled across on the internet and chance encounters and experiences. But books are easier to categorise – they are there on the shelf as visible reminders, and if I was to stack the ten which I think had had the most impact on me over the last ten years, these would be them:

These are books which have been memorable. Of course there are others – and I didn’t give it a great deal of thought – and I haven’t included any read in the last 12 months because it’s easy to be enthusiastic about what I’ve just read. None of them have been particulalry authoritative as once they might have been which leads me to conclude that the way we learn has changed so much and reflects our networked society – with one thing leading to another and learning being practical and contextual. Perhaps more relevant to me would be to list the 10 theories, or the ten thinkers, which have had the most impact on me – but that’s another post altogether.