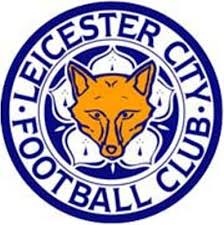 Between optimism and hope there is a huge credibility gap. Optimism can be foolish or a realistic prediction based on evidence. Is life getting any better? There are grounds for both optimism and pessimism depending on your point of view – but a well rounded maturity would find it difficult to call one way or another because the evidence is so complex. The folly of liberal optimism shows itself in  the advent of Holocaust and economic meltdown. The only ground for optimism seems to be forgetfulness – when we forget our history and our nature: or arrogance, when we think of ourselves superior to either.

Optimism trusts human progress. The opposite of optimism isn’t pessimism but hope. Miroslav Volf (in Against the Tide: love in a time of petty dreams and persisting enmities) reminds his readers of Moltmann’s wonderful work on helping us to think about “hope”. Moltmann distinguished between two ways in which the future is related to us. There are two Latin words for “future” – futurum and adventus. “Future in the sense of futurum developes out of the past and present inasmuch as these hold within themselves the potentiality of becoming and are “pregnant with future”.” But future, expressed as adventus is the future “that comes not form the realm of what is or what was, but from the realm of what is not yet, from outside, from God.”

Advent is about the future that bursts in on our darkness. There is nothing in the data of our existence that gives us grounds for optimism. It is just faith. There is no optimism in W H Auden’s Christmas Oratorio “For the Time Being”. There is no sense of “what shall we get for Christmas?” that we have to endure in the commercialised Christmas. How could there be? Auden was writing in the 40’s where the overwhelming “grinning evidence” is that the “Pilgrim Way has led to the Abyss”. There is only one option left for us “who must die”. Auden writes:

“Every year in the Advent season we read the prophet Isaiah: “The people who wlaked in darkness haveseen a great light; those who lived in a land of deep darkness – on them light has shined.” (Isaiah 9:2) This is what Christmas is all about – something radically new that cannot be gernerated out of the conditions of this world. It does not emerge. It comes…. God promises it”

Christina Rossetti discusses this in her poem “In the bleak midwinter“. For her money doesn’t enter into it – and in this recession all of us are questioning the worth of what money will buy (particulalry those of us on their third skip in the process of moving house). Take money out of the equation and what can we give? Those unable to buy off their giving with money perhaps know the answer best. They operate in an economy of gifts aware they can give “their heart”, that they can pay attention, that they can give themselves, that they can for-give, that they can give thanks.

And my own thanksgiving – a woman working on the platform at Crewe Station who was amazingly kind, patient, hospitable and gentle with my mother in helping her find the right train – someone bearing the fruits of the Spirit. British Rail won’t have been paying her for that but some gifts money cannot buy.

Miroslav Volf (in Free of Charge p116)describes the work of the Holy Spirit in terms of gifts. “The Spirit is the gift that gives spiritual gifts”. He writes; “the Spirit opens the doors of our hearts for Christ’s indwelling …. by the power of the Spirit we make ourselves available for Christ to be born in us … The Spirit is the gift that gives Christ”.
“Think of the Spirit as the arms of our hearts that embrace Christ and as the open doors of our energies and skills that welcome Christ in.”

Red is the colour of Christmas.

I was supposed to have assembled an advent wreath for my wife’s school last night. It comes to her going this morning – no advent wreath, and the search for candles begins. “You need red candles” says I. “Why?” says she. Because …. the holly (crown of thorns) bears a berry as red as any blood thinks I as I hastily assemble the case for RED. And then there’s the robin’s red breast of the Christmas card, the poinsettias – and the awareness that Chrismas marks a time – let’s run the two words together – forgiving.

Miroslav Volf tells the story of his parents’ forgiveness for the soldier and the childminder who caused the death of Miroslav’s five year old brother, Daniel. He had slipped out under the nanny’s guard to go and play with the real soldiers of the nearby barracks. The bored soldiers welcoomed the diversion of their playmate. One of them put Daniel on a horse drawn bread wagon. As they went through a gate on a bumpy cobblestone road, Daniel leaned sideways and his head got stuck between the gatepost and the wagon. Daniel died on the way to hospital. Both parents forgave the child minder and the soldier. Why? “Because the Word of God tells us to forgive as God in Christ has forgiven us, and so we decided to forgive” said his parents. Human history is adorned by heroes like these people who say that enough is enough, and who, inspired by Jesus’s forgiveness, find themselves able to forgive. Miroslav’s father said: “why should one more mother be plunged into grief, this time because of the loss of her son, a good boy, but careless in a crucial moment …?”

Red is the colour of a time forgiving.

Miroslav Volf refers to a story written by Alexander Solzhenitsyn in his book Free of Charge. That’s Solzhenitsyn’s picture.

In the story Matryona’s House an old woman “never tried to acquire things for herself. She wouldn’t struggle to buy things which would mean more to her than life itself. All her life she never tried to dress smartly in the kind of clothes which embellish cripples and disguise evildoers.” As the story unfolds she is misunderstood and abandoned, even by her husband. Six of her children die but she carries on giving.

“We all lived beside her”, Solzhenitsyn put in mouth of one of her fellow villagers, “and never understood that she was the righteous one without whom, according to the proverb, no village can stand. Nor any city. Nor our whole land.”

Volf comments a gift is an “event between people. Gifts serve “to create, nourish or re-create” social bonds.

I don’t think I am a good giver. According to Volf “ungracious and reluctant givers inspect the causes of a need and dole out the benefits in proportion to its legitimacy.” He refers to Nathan the Wise , a play by Lessing written in 1779, in which Sultan Saladin enlists a beggar to be his treasurer. The Sultan wanted to end begging by ensuring that beggars could afford not to beg. He wanted a beggar as his treasurer “because only a beggar knows how to give to beggars appropriately”. Of his previous treasurer Saladin said:”He gave so ungraciously when he gave; first inquired so vehemently into the situation of the receiver; never satisfied that he wa slacking, also wanted to know the cause of the lack, in order to measure the cause stingily against the offering.”

I wonder whether Christian teaching about giving has helped. Most sermons seem to be about persuading worshippers to hand over their cash to keep the show on the road. On the drain/radiator test, this sounds more like a drain and a far cry from God giving life to the world. (radiator!)

Miroslav Volf in Free of Charge (subtitled “Giving and Forgiving in a Culture Stripped of Grace” expands on the theme of God the Giver who continues to give in a world inclining towards “gracelessness”. He speaks of faith:

Faith is not something we give to God. In that case, faith would be a work, and a silly kind of work because it would be work we do even though it deosn’t benefit anyone. But exactly the opposite is true. To have faith in God is to be “without works” before God (Romans 4:5). Faith is the way we as receivers relate appropriately to God as the giver. It is empty hands held open for God to fill…. In contrast good works offered to God dishonour God; they tell a lie about God and our relation to the divine Giver, and they take away God’s due.

I remember David Lunn, on hearing of his appointment to be Bishop of Sheffield speaking of his surprise because he felt “he didn’t believe enough”. Who hasn’t thought that?
The faith that expresses itself with hands outstretched trustung God’s gifts is something of the heart. When I say something like “I’m not sure what I believe” part of that is to do with my head and perhaps is saying “there are loads of things I don’t understand”.
Being empty handed before God suddenly makes that not matter. There is nothing we can do to make God love us more, and there is nothing more we can say which will make him love us less. All we can give to God is delight or pain.
Rowan Williams likened the giving of God to the Niagara Falls. Love cascades to us – that’t the empty hands bit – but it’s only living water if we release the gifts to others. If we don’t the water stagnates and becomes poisonous.